Magma below the surface of the mountains in the Arkansas Valley feed the hot springs in this beautiful region of Colorado. Lava from millions of years ago formed the canyon walls along the Arkansas River where I fished last week.Gold and other precious minerals can be found in this area and in fact there is recreational mining in the “Cache  Bar” section of the River. (Maybe that should be renamed “Cash Bar”???)

We tried a few dry flies on our float, but most of the success came from our nymphs – using mostly pheasant tails and copper johns or some other local favorite. Even so, the fish weren’t heavily feeding especially when I didn’t get my cast close enough to the banks.

There are four main sections of this river – Browns Canyon, Parkdale, Royal Gorge and Numbers (think I got that last one right.) We covered part of the Parkdale section from Rincon to Trading Post. I learned a new word today – rincon – meaning “an interior corner; a nook; hence, an angular recess or hollow bend in a mountain, river, cliff, or the like.”

Like many rivers I have fished this year the public access is less than ideal. In the case of the Arkansas, only about 40% of it is accessible to the public. At least we can float it even though we can’t put on feet on the river bottom. One woman had more “No Trespassing” signs than I’ve ever seen before. Shouldn’t it be the other way around? 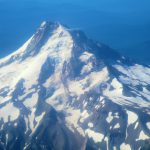 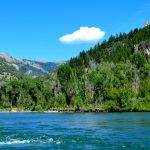 The Continuing ThrillFeatured, South Fork of the Snake, The Rivers