I have actually had two major tasks this year – fly-fishing and photography. I have become a little better at both, but I am still far from where I would like to be. I must say that the fishing has usually taken precedence over the photography as I oftentimes realized by mid afternoon that I haven’t taken any decent photos.

There have been days when I leave my rod in my camper and just head out with my camera and my tripod, but not as often as I would have liked. Of course, it didn’t help that I dunked my camera in the Gunnison and had to deal with getting that repaired. Afraid of my clumsiness, I became gun-shy about taking it on the water, even after purchasing a Patagonia, water-proof camera bag. I oftentimes felt too bogged down by gear and just wanted to keep it more simple. As I am putting together the chapters of my book and going through my photographs, I realize that it’s time to pay my dues, and I really hope I have enough good photos for the book.

On the Rio de Los Pinos, I did take several hours in the afternoon to just shoot the river and its surroundings. I climbed up to the top of bluffs to see if I could get a better view, always aware that I was no longer on the top of the food chain. It is a rush to realize that you are far from the maddening crowd and on nature’s terms. It’s a good thing I grew up in the city and still appreciate all the benefits of living there because I could really manage well out in the wilderness. 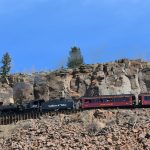 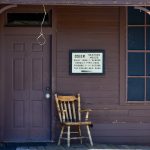