Jack Valachovic and I had a chance meeting in the Bighorn Mountains in Wyoming. Jack is a resident of upper New York State and had taken some time in the Rockies to fish, reflect and reminisce. I was fishing with a friend on the North Fork of the Tongue River when Jack and I crossed paths.

Jack and I had that initial connection because of being east coasters and sharing Slovak names! We spent a few hours that afternoon telling stories and fishing together (or rather he kindly watched me fish.) Jack is one of those folks that can keep you captured for long periods of time with stories about the multitude of places he has visited and his various life experiences.

At the end of the afternoon, we decided to get together for dinner at the Lodge where I was staying with my friend. The conversation continued until we all needed to get some sleep. Jack had to leave the next morning and we sadly said farewell hoping that our paths would cross again in the future. I certainly hope so. Thinking of you, Jack. 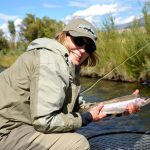 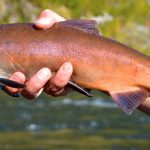