March 1, 2013. The San Juan Mountains are one of the most beautiful ranges you will see anywhere. The Rio Grande, the San Miguel, the Dolores (June 2013 trip), and the Gunnison (July 2013 trip) are rivers that you will find in this area in the southeast corner of Colorado. You must make the drive from Durango to Silverton along the “Million Dollar Highway” to understand the awesomeness of these mountains. The photo attached to this post is looking south at the San Juans from Montrose. This was the view that I enjoyed from the Uncompahgre River this week.

There are six “Fourteeners” (mountains over 14,000 feet tall) in the San Juans including Mt. Sneffels, Mount Wilson, Mount Eolus, Uncompahgre Peak, Handies Peak and San Luis Peak. And, if you’ve climbed all those, there are another 13 “Thirteenteeners”.

Although there is still some debate as to whether or not humans are causing climate issues, (no doubt in my mind) the important thing to note is that major changes are happening. (Minder, Justin (2009). “The Sensitivity of Mountain Snowpack Accumulation to Climate Warming”. Journal of Climate 23: 2634–650.)

Northern Alaska since the 1960’s. There has been a steady decline in snow pack in the western North American mountain ranges since the mid-1900’s. These facts mixed with the need to find additional water resources to manage growing populations present cause for concern. As was mentioned in an earlier post, Aaron Millions is hoping to run a pipeline from the Green River in Utah to the Front Range in Colorado to supply their water needs (and make a little money on the side.) Organizations like Trout Unlimited would like to make sure that we are cautious and thoughtful about how we go about allocating this invaluable resource. I agree. 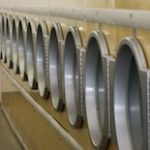 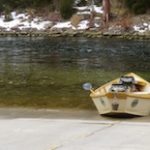