You have probably heard about some of the insects that fish eat in our rivers-  Mayflies, Stoneflies, Caddis, Midges, etc. Here on the Blue, at least just below Lake Dillon, you use a fly that imitates a translucent crustacean called the Mysis shrimp. Mysis shrimp were introduced into Lake Dillon several decades ago in hopes of fattening up the lake’s trout.  This did not happen as the shrimp fled to the bottom of the lake in order to avoid the sunlight.

Then the shrimp were washed through the dam where fish had a feast and plumped up to a healthy 5 to 10 pounds. As with most “tailwaters” (water after a dam) there is a catch and release policy such that the fish not only got fatter but continue to live their normal life cycle (Brown Trout for example can live 10 – 13 years.)

The three tailwaters in Colorado most well-known for this phenomenon are the Blue, the Taylor and the Frying Pan although other reservoirs are known to have had mysis shrimp introduced to them as well. So I have my fly pattern that best simulates this little critter and we’ll see what happens… 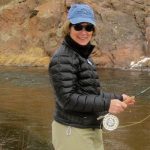 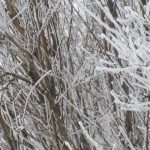 Reading a lot about SexBlue River, Featured, The Rivers