The preservation of this beautiful stretch of the Green River is important so we can share it with future generations. We cannot ensure the future health of our waters without due diligence to the known issues that our rivers are facing. Thus the topic of my post today – zebra mussels (ZM).

Many of you have probably heard of zebra mussels. No, not a large, strong, striped animal who lives in Africa, but rather a small shellfish that is named for its shell pattern.

Kidding aside, the presence of these creatures is considered one of the most important biological invasions in North America because they disrupt the ecological balance of our rivers and lakes.  One of the reasons the ZM is so problematic is because they consume phytoplankten causing a decline in algae,  which results in the water ecosystem being thrown out of kilter.

These creatures also cause  significant problems with our public water supply plants, industrial facilities and power plants because they amass and then restrict flows. USGS has put out a lot of information.

ZM are so prolific. They lay over 40,000 eggs in one reproductive cycle, and they can live 3 – 9 years! Dealing with these creatures is a big deal. And, they have a “cousin” – another species similar but causing the same problem – the quagga mussel.

The rapid invasion of North American waterways has been facilitated by the zebra mussel’s ability to disperse during all life stages propelling the ubiquitous takeover of our waterways. In addition, boaters and anglers play a part in transporting the creatures by allowing them to attach to the hulls of our boats or our clothing and are thus anthropogenically transported to new locations.

So, as an angler going from river to river, I have a keen responsibility to follow guidelines that will prevent me from spreading these creatures to new waters. I will write more about prevention in the next few days. 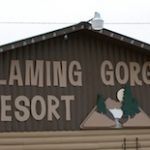 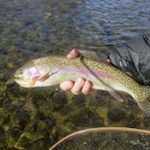 Trout UnlimitedGreen River, In Other Words, The Rivers