The village of Pendamodi lies about 30 minutes southwest of Heraklion, the current capital of Crete. Crete is the largest of the Greek Islands and the fifth largest in the Mediterranean. Pendamodi is characterized by cobbled roads and stone-built houses maintaining the design of days past.  Pendamodi 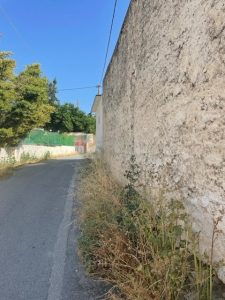 is one of the oldest villages of Crete and it is not without importance – poet Stefanos Sahlikis ((1330 – after 1391) wrote his poems here during the Renaissance of Cretan and Greek literature. There are remnants of the Venetians all around town including this wall which could date back anywhere from 1200 – the late 1600’s!

We love eating at the local ‘kafenions’, Giorgos’s “Mezedopoleion”, which is a mix of Cretan cafe and taverna. We walk in and we are served what he is cooking for the day or evening – usually ordering a Greek salad, some bread, a stewed pork dish, and perhaps some stuffed peppers. Just since we arrived a new taverna opened, which will be serving breakfast as well – not that we need another meal to feast on… 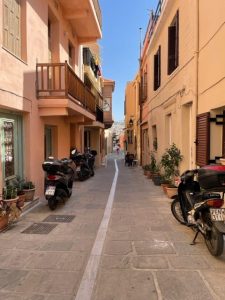 There is a small grocery store in town, and it is sure to be closed during siesta time every day, and Sundays, of course. There are a number of local taverns that can be found within a few kilometres in the surrounding villages. We can partake in a really good meal for as little as 20 euros and a great meal for 50 euros. 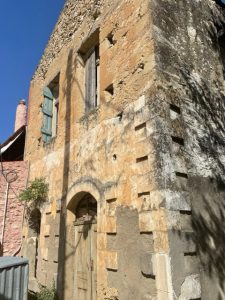 From our small villa, you can see the foothills of Mount Psiloritis along with many traditional villages. Most families live from agriculture and livestock and it’s not uncommon to see goats crossing in front of you. Every day Pendamodi has its version of the “Good Humor” man, that is to say, a villager rides around in his truck and instead of ringing a bell, he uses a megaphone announcing his products – tomatoes, potatoes, lettuce, etc. At first I thought it was a political announcement, but that was a silly thought in this sleepy village of 250. 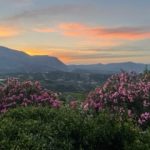 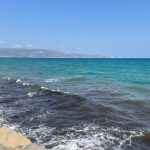