Some of my most steadfast and dear friends are Skip and ZiZi Schirf from Park City, Utah. Skip and I were roommates at CU in Boulder in 1971 and thus have known each other for quite a long time. I followed him out to Park City, Utah in 1973 where he was getting started as a general contractor and builder.

I decided that Park City was just the place for me and I became a ski bum and worked for the Park City Resort to get a ski ticket. I learned all about rugby and the singing and drinking responsibilities of those involved! Most of us moved on to marriages and children and have been more or less successful. I love meeting up with these two incredible folks and the next time, ZiZi and I are going to hike and pretend we’re French:-) 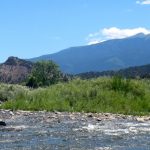 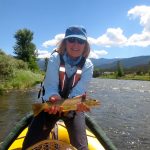