I have to luxury to think about such topics as how other life is different from humans? In Dr. Robert Boyd’s book, “Not by Genes Alone: How Culture Transformed Human Evolution,” Boyd posits that it is not by genetics alone that we have become the dominant species, but it is also due to culture. He says, “We say that while in the long run all organisms adapt by genes, only humans can accumulate knowledge over long periods of time and transfer it so that the next generation can improve on it. It’s this trick that has allowed people to be as successful as we are.” He states that animals don’t have culture in the sense that they have traditions that change and get better as time passes. In many cases the animals’ evolution has made them extremely predictable and efficient at what they do, but development is minimal because they don’t have the capacity to have culture.

Wonderful that I have the time to think about these things. Always sad to leave this beautiful river and the people I know here. 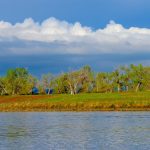 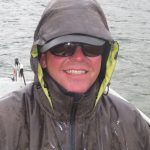