This blog addressed Quagga and Zebra mussels in an earlier post. It is also important to bring attention to “whirling disease.”  This parasite was first discovered in North America in Pennsylvania in 1956 and has since spread to several other states including Colorado, Utah, Montana and many of the other states I will visit on this journey.

Until the 1990s, whirling disease was considered a manageable problem affecting rainbow trout in hatcheries. In the late 90’s and early 2000s the Department of Wildlife from many these states started to see heavy mortalities in several sportfishing rivers as well. Wikipedia reports that some streams in the western United States lost 90% of their trout.

The Fremont River in Utah (in the photo) was one of the rivers that had to be treated for Whirling disease with Rotenone. Rotenone is a poison that was used to kill all the fish in order to prevent the disease from spreading.  Although whirling disease is said not to be harmful to humans,  Rotenone is said to be moderately toxic to humans, although it can be lethal to mammals, insects, and, of course, to fish. Although the effects of rotenone are relatively short-lived, in this case the river was kept fallow for three years and then stocked with fry.

So a success story? Hard to say. I caught fish in the river and they didn’t seem to have any of the symptoms of a diseased fish, but I’m glad I catch and release. Rivers and fish are not the only creatures that get treated with poisons. I remember my dad taking a form of rat poison to control a heart problem. One of those difficult decisions that someone has to make sometimes as we face the challenges in life.

For prevention, it is similar to what was mentioned in an earlier post – you must completely wash off anything that touches the water in our rivers including clothing – especially if you are traveling from river to river. I have bleach and 409 with me to make sure it’s not me who is responsible for picking up a hitchhiker. 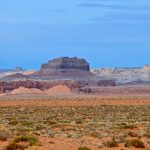 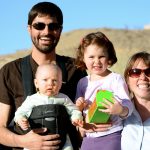