Marianne McKinney and I have been friends for 40 years having first met in our wild and crazy days as ski bums in Park City, Utah. Marianne and I share a passion that she has totally delivered on while I am off fishing rivers… gardening. To be in Marianne’s yard is like being in a Botanical Garden. It is visual candy mixed with bakery aromas, except natural and earthy.

Marianne has had a garden for as long as she can remember. She loves to play in the dirt and uses that time to both unwind and get inspired. As she says, “I don’t think I got enough sandbox time as a kid!” She loves it when she can turn people on to nature, which happens frequently as people pass in front of her house and see her garden instead of a green lawn.

Her garden has both edibles and ornamentals. You approach her back door through a bed of mint with a garden of herbs off to the side. She has numerous varieties of sage throughout her yard with which she made me a pasta dish that was covered with her homemade sage butter – fabulous. “There’s nothing better than eating the food you grow,” says Marianne.

Her concept of weeds is that “they are plants that are growing in a place you don’t want them.” She loves dandelions and has made wine and other dishes from this “weed.” She is fearful of what will become of our farmland. She believes that we are trashing our soils and was concerned with the recent NPR story on Monsanto’s genetically engineered wheat.  It is a priority for her to do whatever she can to preserve the health of this valuable resource.

I love strolling through her garden, eating her fresh food and most importantly, being friends with this fabulous woman. 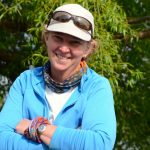 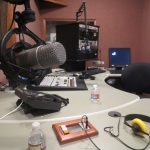